The crafting of much-loved stories, the passion that drives and having so much fun it’s criminal.

We're a team.
In every sense of the word, and work together across disciplines without ego to find the very best solution. With relentless enthusiasm for the work and an excitement about realising a vision.

Hey, this is our life’s work we’re talking about...we figure we should try to enjoy it.

“When I was at college I’d work with a few mates on some design jobs we'd get ourselves outside of our studies. Fuzzy Duck was a drinking game we played when a brainstorm got out of hand. And so when we delivered the work and were asked for the company name, with a smirk we said Fuzzy Duck. Ten years later, when I set up my own business, I used the name Fuzzy Duck...at least until I found something proper. Clearly, any such title still eludes us, but until that time Fuzzy Duck has served us pretty well, and has now defined itself. 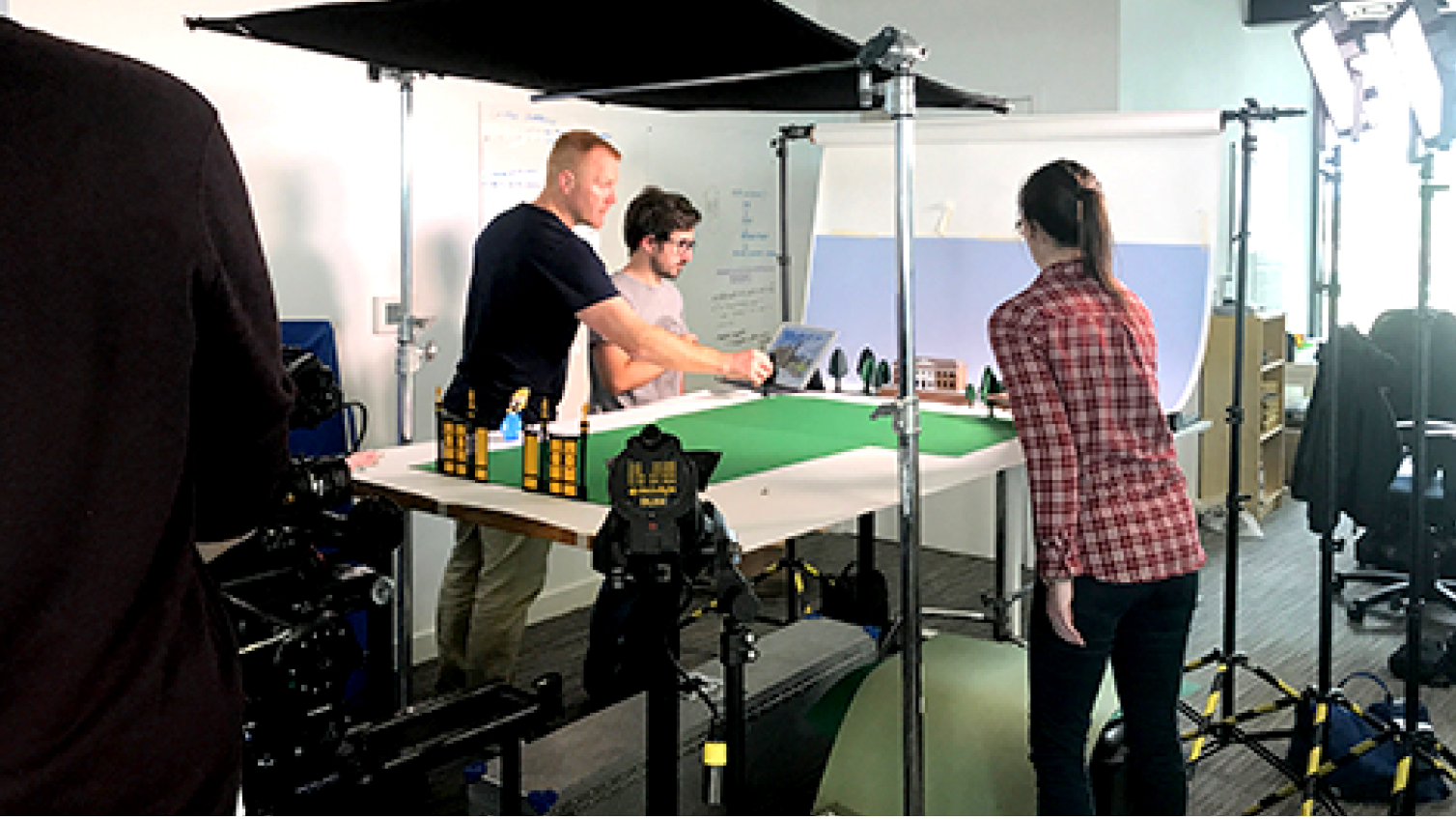 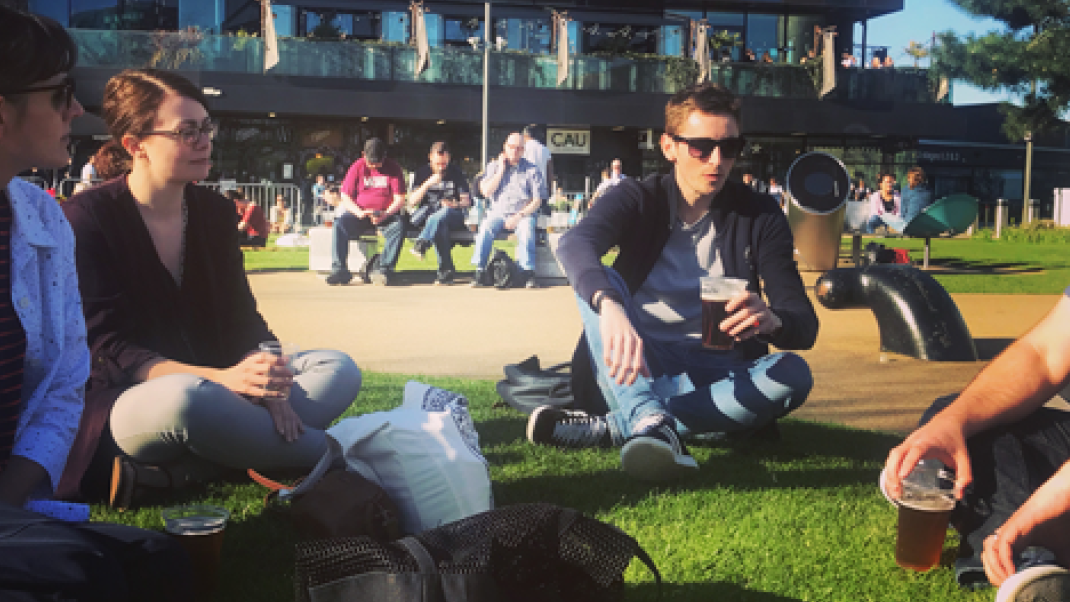 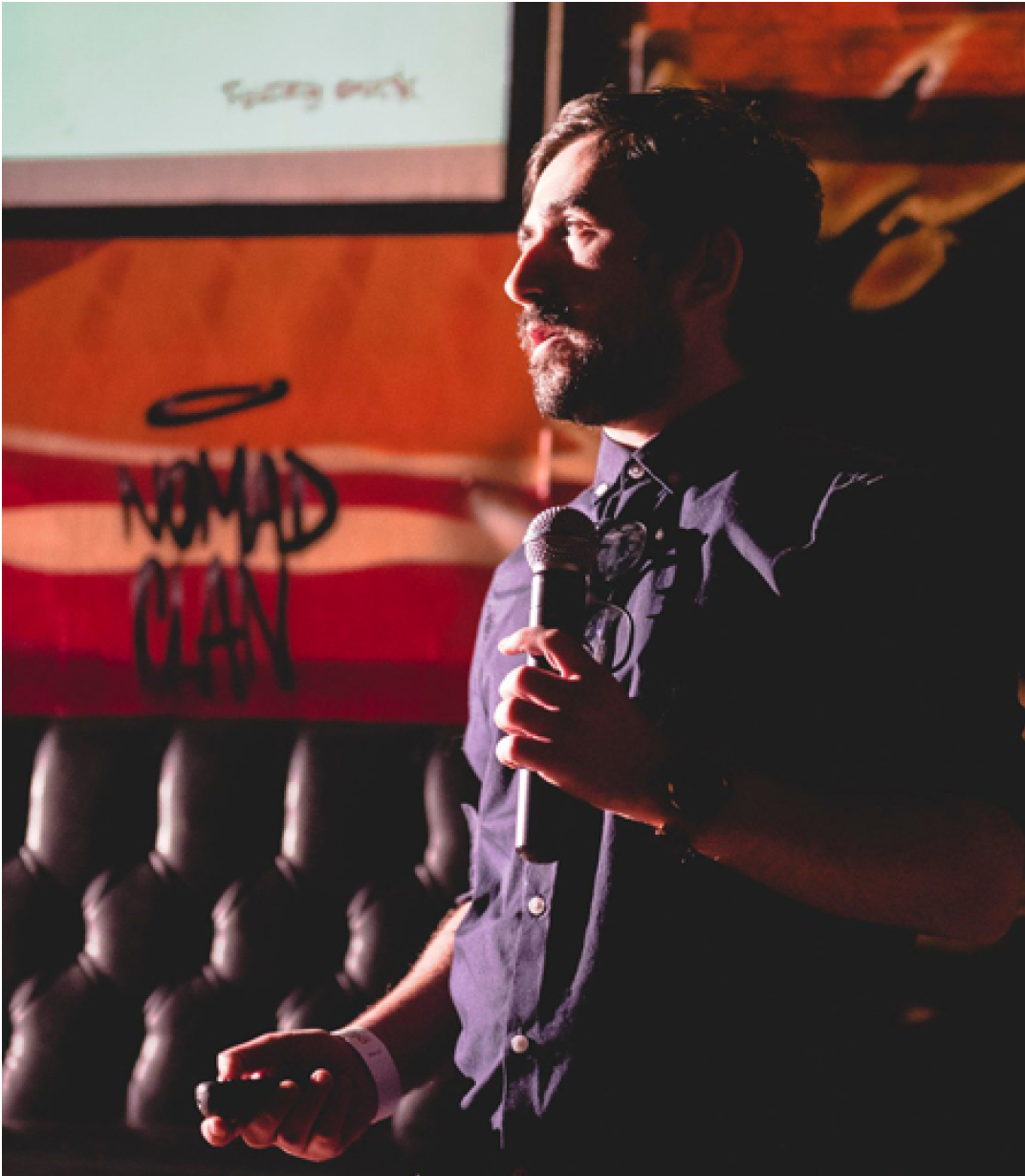 Whilst we always focus on the brief and the problem as opposed to the tools we use to hit the mark; we have a number of experts that work here practicing these disciplines:

Our animators dream in 2D and 3D motion graphics, so we can (almost) make stories come to life with our eyes closed. Whether it’s moving images, drawings or models, we use the latest tech (and good old imagination) to breathe life into characters that take people on a journey. The results are watchable, sharable, and relatable. So it’s no wonder animation is a growing format for pretty much anything that has a story behind it.

Nothing captures a story quite like film. In fact, it’s the reason Hollywood is Hollywood and film has been thriving since the late 1800s. While we’re not in the business of making big-screen blockbusters, we do create cinematic-quality films of all shapes and sizes. Whether it’s a short film, video content, or immersive experience, our crew have a knack for making films people want to watch, share and watch again.

Think brochures, packaging, posters, and panels – if it can be printed, we can design it. While we don’t actually print the end product (that’s for a printer), we can design it and manage the whole print process for you with reliable companies we know and trust. Which means you’ll get the best results from start to finish.

When it comes to storytelling, what we see is only part of the picture. It’s what we hear that makes us feel something deeper. That’s where our creative sound designers come in – diving into their bag of skills to craft immersive soundtracks for our films and animations, hitting the emotional highs and lows in all the right places.

Batman without Robin, Wallace without Gromit, rhubarb without custard. It’s a bit like a business without a website. It’s the digital face of your brand – the place people expect to find everything about who you are and what you offer. The good news is, we create websites and apps that play beautifully into your brand story. From planning, designing and writing content to coding, developing, and testing. Our team have got the smarts to get you from digital zero to hero.

It’s one thing designing a show-stopping installation complete with bells and whistles. But it’s another getting it fitted into an exhibition or museum space. We get it. That’s why we see all of our installations through to, well…installation. Red tape, troublesome logistics – we take care of it all. And we wouldn’t have it any other way. It’s how we make sure your stories come to life in the way they were intended.

You don’t have to look far to see that the world we live in is built on design. Colour, graphics, imagery, typography, form, and function – it’s all around us. But it doesn’t take an art critic to spot the good from the bad. You can relax, though, because our designers know their stuff. Print, digital, exhibitions, installations – whatever it is, we’re guaranteed to surprise and delight with designs that help tell your story and turn heads for all the right reasons.

If you can dream it, our artists can illustrate it. Usually pushing the boundaries of your imagination to bring your ideas and stories to life. From character illustrations to technical ones, we’ve got the skills to cover the whole spectrum. Even if you don’t know what you want, we’ll work with you every step of the way to develop the perfect style, tone, look and feel for your story.

Your brand is more than a logo and a strapline. It’s your personality, your values, your visual language. It’s what sets you apart, and brings your customers closer. It’s what sits at the heart of your stories. And we’re here to make sure of it. Whether you’re building a brand from scratch, or breathing new life into an old one, we’ll work with you to create a distinct look and feel that people will remember.

Gone are the days of museums and exhibitions being for eyes only. Thanks to the digital age, visitors can now soak up stories with all their senses. Whether it’s taking people on a journey back in history or into the distant future, our interactive displays and installations put people in the picture, making the experience even more real and memorable. Just like all good stories should be.

Let’s face it. Our brains weren’t wired to learn by scrolling through reams of information on a screen. We’re curious by nature. Even as adults, we get more out of playing, watching and doing. That’s why we get kicks out of elevating dull learning modules into rich training and learning experiences through animation, video and interactive. Experiences that tell a story and take people on a journey. And judging by the reactions of our corporate clients, they get a kick out of it too.

Nothing can be more real than reality itself – except for virtual reality, which can sometimes strangely feel even more alive. It’s the reason VR is a growing favourite for providing rich user experiences. From creating 3D spaces to virtual reality tours, our team works with the newest tech to take storytelling to a whole new level.